In Miscellaneous by Jason Fray / September 5, 2018 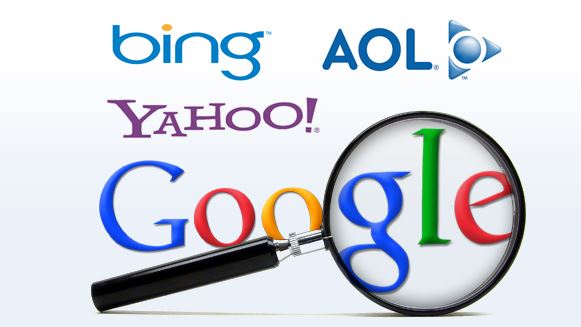 In today’s day and age, one of the most valuable entities on the planet is a quality search engine. These tools help billions across the globe when it comes to digesting information and content. The world as a whole has become far more reliant upon the internet. Search engines specifically enable humans to access any nugget of information at a moment’s notice.

This piece will break down the 10 search engines most utilized around the world today:

Google is far and away the most popular search engine on the planet. Nearly 75 percent of all searches take place on this platform. On mobile/tablet devices, this number jumps up to 93 percent. From a contest standpoint, the next greatest search engine is Bing. Bing accounts for less than eight percent. In other words, Google is a dominating force.

Founded 18 years ago, Baidu is the primary search engine tool for those in China. Over two billion people utilize Baidu on a daily basis. Interestingly enough, the company has a vested interest/involvement in artificial intelligence.

Yahoo! has a working relationship with Bing. Though its search parameters don’t come close to Google or Bing itself, Yahoo! is still the platform most widely used for email. Based in northern California, Yahoo! was created roughly 25 years ago.

Yandex is an internet service heavily used by those residing in Russia. Aside from being Russia’s most-used search engine, it’s also one of the country’s most popular websites as a whole. In addition to Russia, Yandex serves a far amount of its neighboring countries (Armenia, Kazakhstan, Turkey, Belarus, Uzbekistan, Georgia, Azerbaijan).

Internet Archive is a non-profit website based out of San Francisco. Essentially, this website advocates for the usage of free internet. It has compiled a vast collection of websites, music, images, books, games, and movies dating back to the internet’s conception. As the title would suggest, this website is the most detailed archive for everything ever posted on the internet.

After Google, Bing is the second-most used search engine. Crafted in 2009, Microsoft was hoping to make Bing a major competitive to Apple’s search engine (known as Google). While not possessing the same sort of success, Bing is still highly effective nonetheless.

DuckDuckGo is a relatively new enterprise. It first became public in 2008, and has since shot up as a viable search engine tool. Differentiating itself from other competitors, DuckDuckGo protects the privacy of its users. It doesn’t overload consumers with ads. Instead of specialized search breakdowns, it’ll spit out the same types of search results for every single person.

Ask.com was a highly popular search engine at the beginning of the century. ‘Ask Jeeves’ was a tool utilized by many schools and children alike. Essentially, users would be able to ask the website a question. From there, answers could be ascertained. This Oakland-based company dates back to the mid-90s.

Prior to Google and other search engines, AOL.com reigned supreme as the number one search engine. This period of time has now passed. Still, AOL is a fixture when it comes to emails. There’s even a market still for search — though it’s not nearly as popular as it once was.

Wolfram Alpha isn’t your classic search engine. As opposed to offering tangible facts/information on a specific topic, the website operates more from a computation standpoint. Wolfram Alpha is known for spitting out statistical breakdowns from a numerical standpoint. Data can be acquired for a number of topics — including mortgages and other personal monetary subjects.